Here are some tips to help you capture some inspirational photos during all times of day.

Spotlighting creates some of the most dramatic lighting conditions during a storm. All you need is scattered openings in the clouds to catch the spotlights. It’s tricky to photograph spotlights because, during windy conditions, they move around quickly and do not always fall where you want them to fall. It’s often a waiting game to catch the spotlight in a perfect place. I had to huddle for nearly an hour in middle of a sand storm behind some bushes until the sun decided to show up and create a spotlighting effect on the mountains. 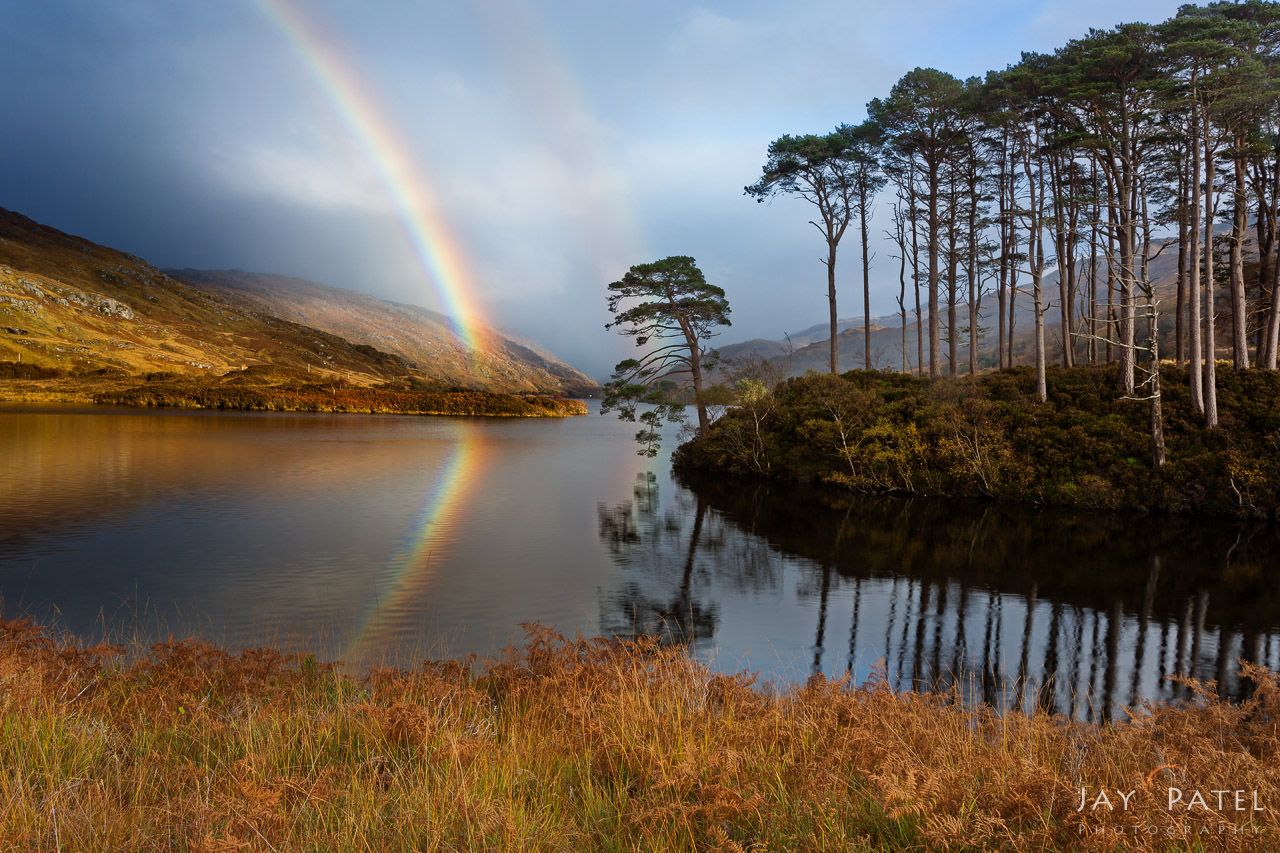 We love to catch rainbows… and passing storms give us fantastic opportunities to photograph some of the most breathtaking ones. Rainbows created by intense sunlight are far more colorful than those created during golden hours. We often use a circular polarizer to capture rainbows because a circular polarizer can darken parts of the image and help the rainbow stand out.

I love to photograph sun beams like the ones you see in the image from Horseshoe Bend. To capture intense sun beams like these, you need two cooperating elements: a dark background to make the sun beams stand out and airborne particles such as mist, fog, or smoke to help scatter the sunlight and make the sunbeams visible. Without these conditions, you simply won’t capture sunbeams.

A dark and moody atmosphere created by a storm makes for some fantastic photos. This mood can be enhanced if the storm occurs over the right location. We were fortunate enough to catch this approaching storm during our hike in the Norris Geyser Basin. I took a few quick shots and then retreated to the shelter as the storms grew closer. We often under-expose our photos by 2/3 stop to add to the darkness of the storms. Storm conditions are often associated with high wind conditions. One of our favorite things to do during a storm is to use long exposure to capture the motion of the wind. This requires a good, stable tripod. If the wind conditions are too high, we spread the legs of our tripod to keep it closer to the ground or we hang our camera bags under it to give the tripod additional stability.

Safety Considerations: While there is no doubt that storm conditions can produce some breathtaking photos, it is very important to stress that safety comes first. Lighting and high winds can produce dangerous conditions. While we have never been injured in a storm, we have lost gear on more than one occasion during storm conditions.

The Hurricane that Wasn’t

H.C.”Tex” SchneiderSanta Ana, California
How Not to Change Your Lens

Simple Technique for Cleaning Your Camera
Scroll to top