In the previous article, I presented some of the tools of composition that form the fundamental grammar of the language of photography. Just like in spoken language where knowing the grammar rules is paramount to making the communication understandable. Just like in spoken language, poets, after mastering it, can deliberately choose to break its rules in order to achieve more emotional impact. Here are few ways I choose to break the photography rules. 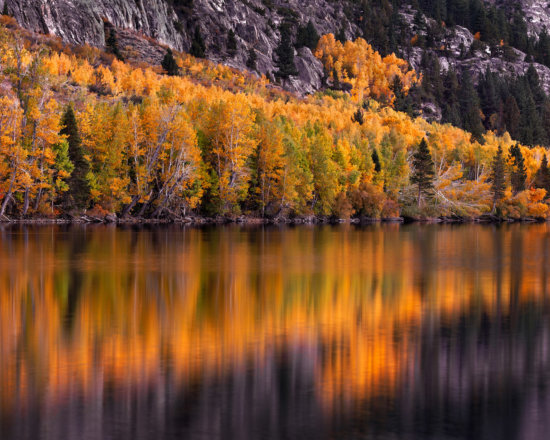 The Rule of Thirds, the most well-known rule of composition, dictates how horizontal lines should be placed on a third after dividing the frame into nine quadrants. The logic behind the rule explains how, when important elements of the image are placed in the center, the resulting image looks static and “boring”.  It’s a very important guideline to follow when building up one’s internal understanding of photography and skills in visual communication.

In June Lake, I deliberately chose to break this rule. I placed the line dividing the peaceful lake from the trees in the direct center of the frame. The main character of this image is the reflection and the supporting character is the symmetry that is enhanced by the central composition. 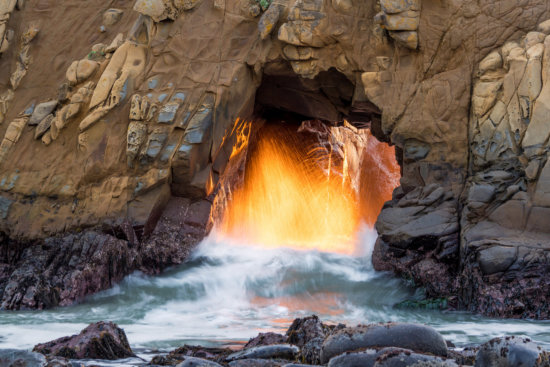 This image is of Keyhole Rock in Pfeiffer beach during a beautiful show staged once a year near the end of December. It’s another example of using central composition to aim the viewer’s attention on the main event. If I had followed the rule of third scholastically, I would have placed the hole on a third. This would include far too much of the surrounding rocks and, possibly, a portion of the sky. These elements would have added nothing to the story.

Less is more. When two rules collide, break the one that doesn’t help to tell your story. 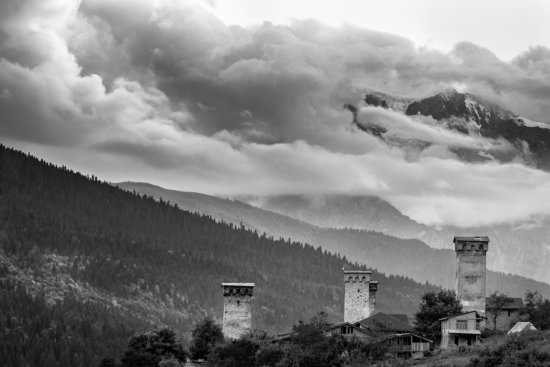 Svan towers against the Caucasus mountains in Mestia, Svaneti, Georgia

The rule of thirds would recommend placing the historical towers in Svaneti, Georgia at the intersection of the bottom horizontal third and the right vertical third. Instead, I chose to use the three towers as strong foundation pillars close to the bottom edge of the frame; this plays with the juxtaposition between the towers and the Caucasus mountains peeking through the clouds as backdrop. The compressed perspective obtained with a telephoto lens further reinforces the feeling of majesty and stability of the tallest mountain range in Europe.

Photography is the expression of your thoughts and emotions through your personal, unique style. If we were all applying the rules of composition, most images would look similar and ultimately boring. By breaking the rules while clearly expressing your intentions to make your message more impactful, you are affirming your uniqueness, your singular view of the world, and your personal artistic statement.

I'm a landscape photographer living in the San Francisco Bay Area. Outside of my (pretty cool) daily desk job, I'm spending most of my spare time chasing the Light and printing it; the rare glimpses of it I manage to capture are in my store.
You can read more original content on my photography blog, follow my work on Instagram or watch me at work on YouTube.