Landscape photographers love to shoot pristine scenes that seem to be untouched by human hands. I believe that humans are part of nature, and sometimes a human element can add an interesting or emotional point of interest. Here are some examples that show how I have incorporated human elements into my photographs. 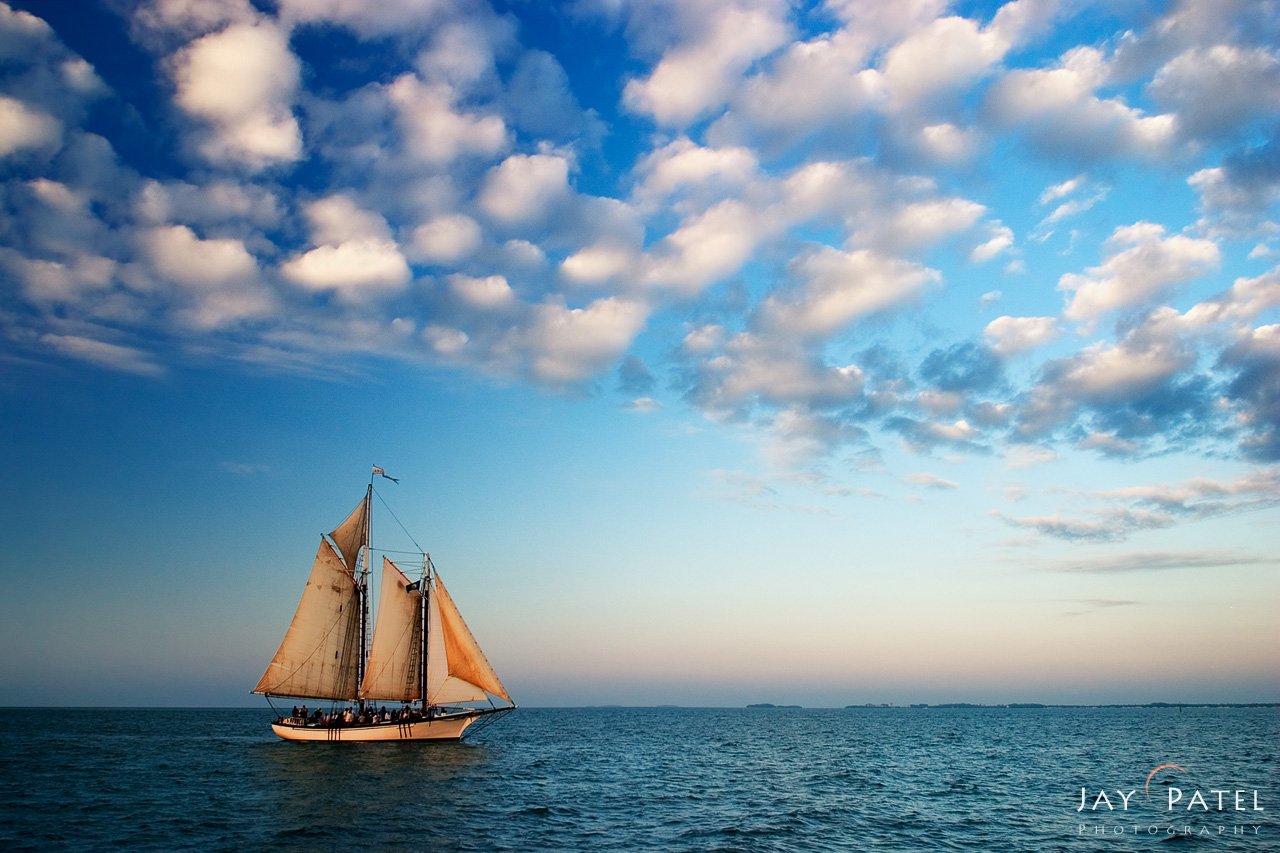 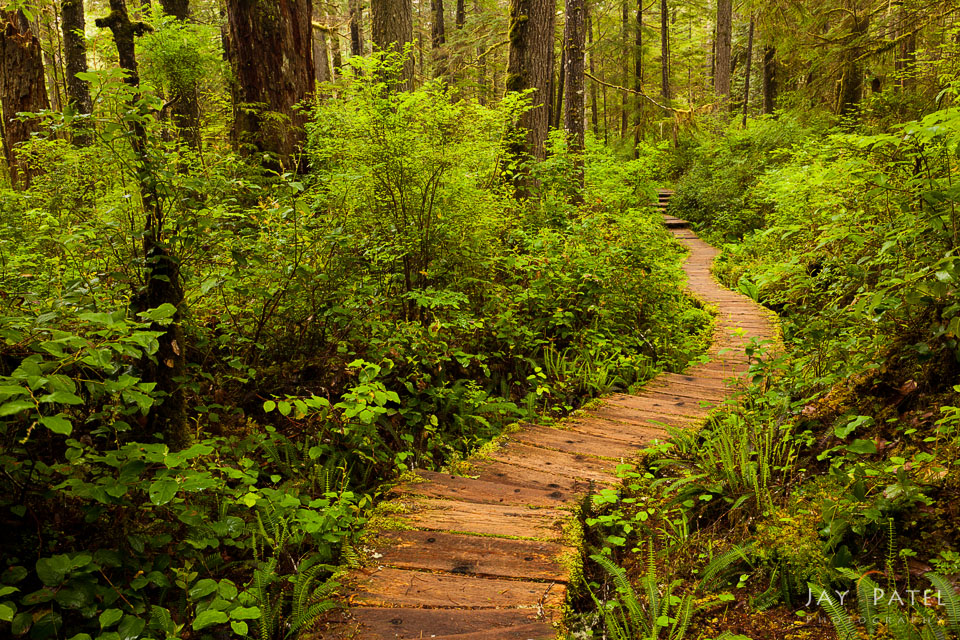 In this shot from Olympic National Park, I used leading lines to lead the viewers through the coastal rainforest. Trails, fences, bridges, and roads can make great leading lines. In the example below, I used the long beams of a fence to lead the viewer toward the fantastic sunrise, and the photographers who were hard at work during our workshop at Yellowstone National Park. The photographers also serve as point of interest in this shot. 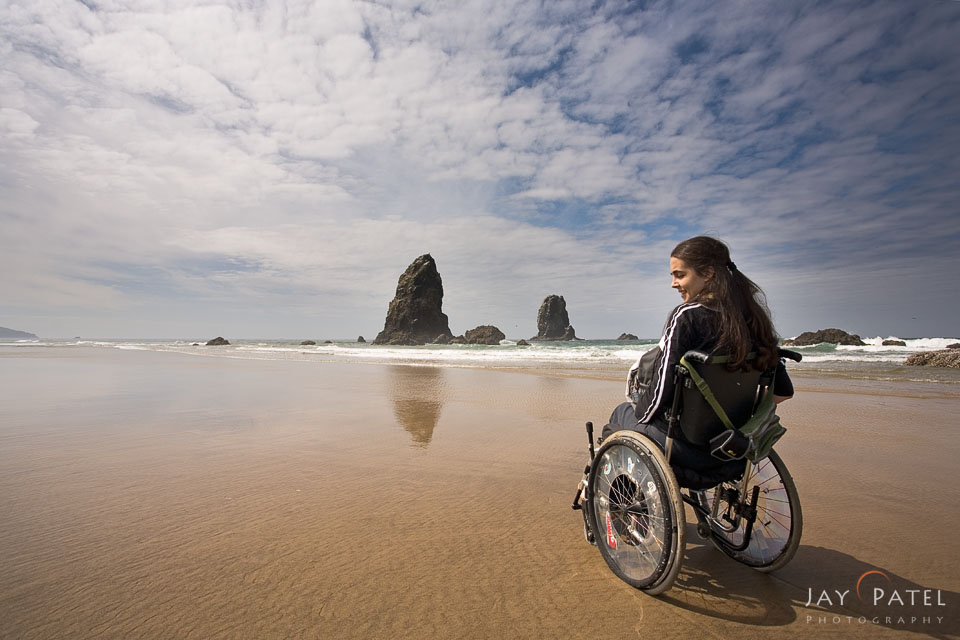 Here’s a shot that captures the beauty of this location, and evokes a strong emotional response. Not only does our friend, Anna, serve as a beautiful point of interest in the photograph, but since it is unusual to see a person in a wheelchair at the beach, the impact of the photograph is increased. Anna’s contented smile adds to the emotional impact as well. Children are another great subject for photos like these. They tend to put a smile on our faces and remind us of our own youth. 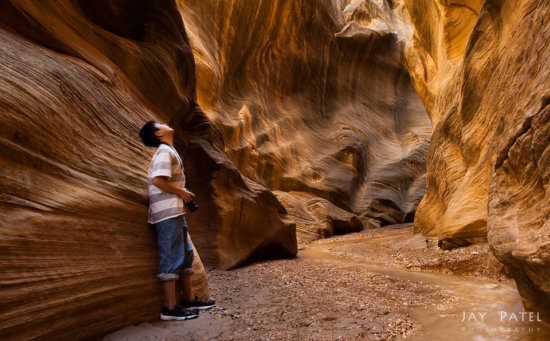 Oftentimes, a familiar object such as a tree, a bush, or a human figure will provide a sense of scale in an photograph. Without the human figure in the image above, it would be difficult to judge the height of the canyon walls. Adding a human element puts the walls of the canyon into perspective. The boy’s pose also adds a sense of wonder as he tilts his head to look upward. 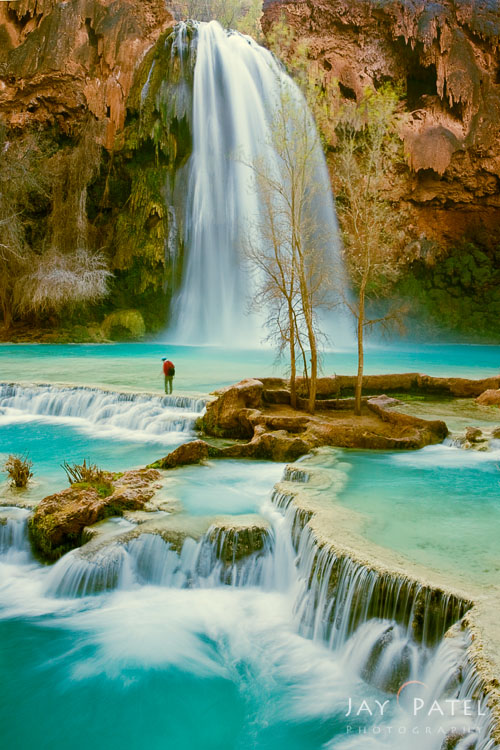 Here is another example of perspective using an human element. I took this shot of Havasu falls as Varina was crossing the creek. I waited until she was close to the falls to provide a sense of perspective for the viewer, allowing you to understand just how high these falls really are. This shot also conveys a sense of adventure and emotional impact to those of us who love the great outdoors.

Each of these photos would lose some of their impact without the human elements. So, next time you find yourself without a good foreground object or a point of interest, ask yourself this – Can I place myself or another human element in the photograph?

Do you have any examples that show the use of human elements in a landscape photograph? If so, feel free to share them in the comments below.

Is it Ok to manipulate your photos?

Mediocre Skills or Being Artistic?
Scroll to top