The way I see it, any form of photography consists of two components – science and art. Today we look briefly at shutter speed and aperture, two of the most important components of your camera gear and see how to use them creatively for wildlife photography.

One of the key technical components in photography is the famous Exposure Triangle. While the Exposure triangle helps us understand the technical side of shutter/aperture and ISO, I want to look at shutter and aperture from the art perspective of things. What do they mean for the artist in you? How can you use them to give some visual appeal to your images? Let’s take a look.

The shutter speed is primarily responsible of allowing light onto the camera sensor for a finite amount of time. At least that’s what the science of photography tells us. But in the hands of a wildlife photographer who likes his or her art, it functions as a tool to depict and freeze motion. I’ve seen a lot of photographers use fast shutter speeds to freeze motion in the frame. Take a look at the image below, for example. It is what comes to mind first when you see something moving. Arrest that movement! 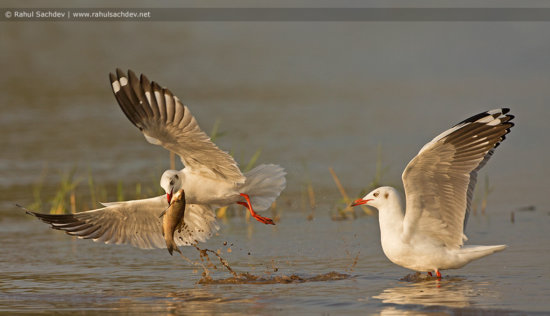 There’s no doubt that it makes for a pleasing frame and you often need a fast shutter speed to capture the moment. But there are times when motion is depicted even better with a slow shutter speed. Take a look at the following image, for example.

The camera captured the movement of the animals at a much slower shutter speed than it generally does. It certainly tells you that the subject and it gives a different feel to the image. The next time you see a subject walking or running, try a slow shutter speed and see what you get.

The key is to move the camera at the same speed as the subject. Here are the steps that I follow: 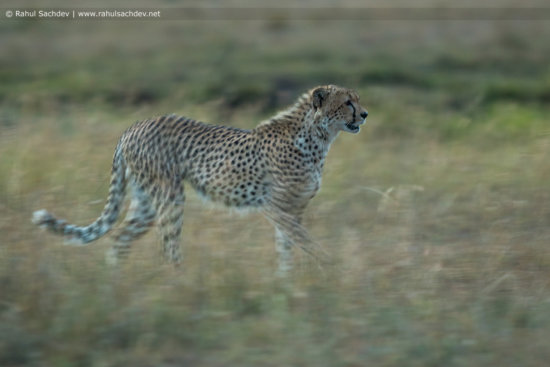 There is a notion among many budding photographers that aperture priority is the best mode to use. In my workshops, I often ask “Why is this so?” More often than not I get vague responses.

Many wildlife photographers use aperture priority because of the control it gives with respect to the blurring of foreground and background. Others use it and never change the aperture to anything other than wide-open. For those of you who are new to the concept, aperture is used to control the amount of light coming into the camera at any given time (science) and it is the component that lets you control the blurring of foreground and background. It can help you isolate the subject and keep everything in focus. In books, you often find it under the heading DoF (Depth of Field).

An aperture value of approximately f/4 (smaller number in the denominator) helps you isolate the subject, as is the case with the image below. 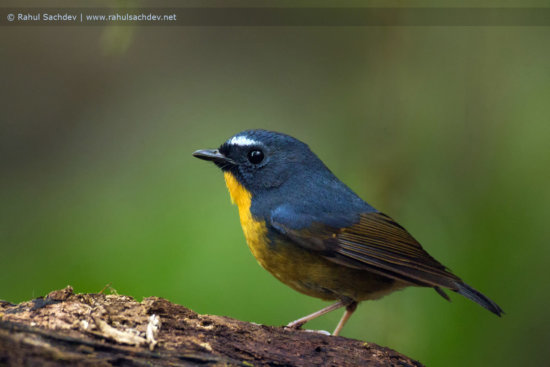 If you know elephants and the way they walk when approaching a waterhole, you know that they must line up at some point. On this occasion, I was waiting with my aperture settings at max-open which gives the most amount of blur. Even though the elephants were very close to each other, I could depict the first one in extremely sharp focus compared to the others. This is due to the aperture value. It gives the frame a story and it helps you better depict your art. 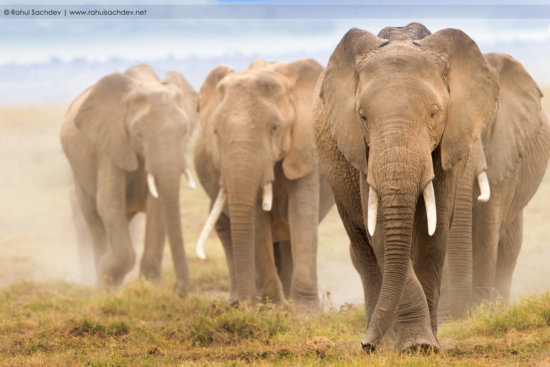 The aperture is also a fantastic tool to creatively use the foreground. Take a look at the example below. By using the foreground in the image on the left, I gave a natural frame to the subject, drawing a viewer’s attention to it. It is a different take and one that gives a tad more punch to the image.

The effect in the image above is because of a wide-open aperture which renders only the subject in focus and rest is blurred away. While doing this and wanting to achieve blurring, remember that the amount of blur is directly proportional to the following:

There are situations in wildlife photography when using a wide open aperture is actually detrimental. Take a look at the following example. 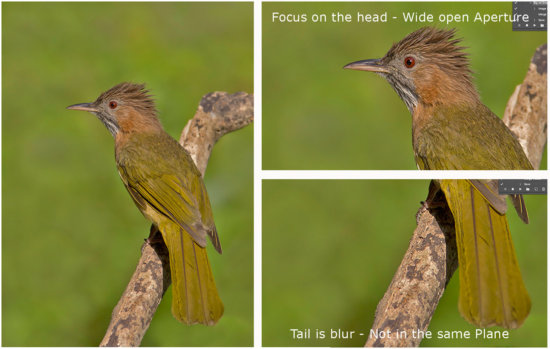 An image shot at f/4 resulted in a blurred tail for the subject. This image needed a higher aperture number to get the entire bird in focus.

So next time you are out in the field think about how you can use shutter speed and aperture for creative wildlife photography.

How to Include Wildlife in your Landscape Photography