My old camera was a Canon 20D (or another less-expensive, consumer-level camera), but I’m really unhappy with my photos. I recently upgraded my camera to Canon 5D MK4. Now I should be able to get much better pictures! I can’t wait to try it out!

How many of you have heard someone say something like this – or even said it yourself? It’s a sentiment that we hear over and over again. But, does a camera upgrade really make you a better photographer? A relatively inexpensive, consumer-level camera, the Canon 20D, took this shot from Paria Canyon in Utah. Popular Photography Magazine published the image a few years ago.  Additionally, it has won more accolades and sold more prints than any other image in Varina’s portfolio. Moreover, not a single publisher has ever asked about the equipment used to take the photo before asking about publication. No judge asked which camera was used to get these results. And no buyer has requested information about equipment before making a purchasing decision.

Magazine and calendar companies are not interested in the type of camera gear used to capture the image. Utlimately, they want high-resolution images for printing. They want to know the size of the image. Additionally, they want images that are sharp and free of noise. In many cases, an image will require up or down-sizing. Therefore, beyond a few technical specs, nobody (except other photographers) really cares what camera you are using. It’s the photograph that matters. This shot from Death Valley National Park is Jay’s highest selling image. It was taken with a Canon 10D. As outdoor photographers, our camera and lenses are very visible… and common perception is that fancy camera and lenses equals skill. Varina brought her new camera (Canon 7D) to the soccer fields – with the impressive-looking 70-200mm lens attached. A photographer friend of ours introduced her to another parent, and added that “her photos are incredible” (Thanks, Joe!). To her surprise, the response from this man she had never met was, “I know!” She thanked him for his kind words, and tried to figure out where he’d seen her work before.  However, it soon became apparent that he hadn’t seen it. His certainty that her photography was good was based solely on the fact that she was holding a new camera and a beautiful long lens. Will an upgrade to brand new camera make a better photographer? The fact is, most of the photos Varina has taken with that fancy lens are snapshots of the kids playing soccer.  Certainly, these shots are not considered fine art images by anyone outside the immediate family! Her primary lens is the Canon 10-22mm wide-angle lens. It’s a much smaller and less conspicuous lens… which can’t even boast the “L series” designation from Canon. Have any of you had similar experiences? It would be surprising if you had not.

Certainly, a camera upgrade will give you access to advanced functionality. Although, that is not the question here. However, if you are struggling with photography, then you need to consider whether you are limited by the capability of your camera system – or by our own lack of knowledge about photography. If you are struggling with the fundamentals of photography – out-of-focus images, poor highlight control, uninteresting compositions, lack of knowledge of histograms and exposure adjustment, or poor image processing – then a camera upgrade will not improve your work.

A good photography class would be a better use of your money. Look for classes taught through local camera clubs and look online for articles, tutorials, or discussion forums. (I would be remiss if I didn’t mention that we offer Video courses and eBooks as well.) Don’t be afraid to ask questions. In addition, submit your work for critique as often as you can. When you are secure in the basics – when you know how to use your camera and can get the results you want with the equipment you have – THEN think about upgrading your camera and lenses. 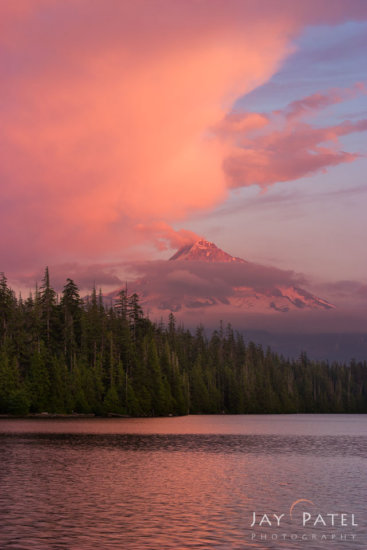 Camera upgrade will not make you a better photographer. Only knowledge and experience can do that.

I know others have had similar experiences. What happens when you go out with your fancy new camera? Have publishers refused your work shot with an “inferior” camera? Are you a better photographer because you own L-series glass and expensive new camera equipment? ;)

As always – we’d love to hear from you!

Losing a grip on your photo gear

Two Effective ways to use an Older DSLR or Mirrorless Camera

My Favorite Camera Settings and Why I Use Them

How to get colors in landscape photography right
Scroll to top