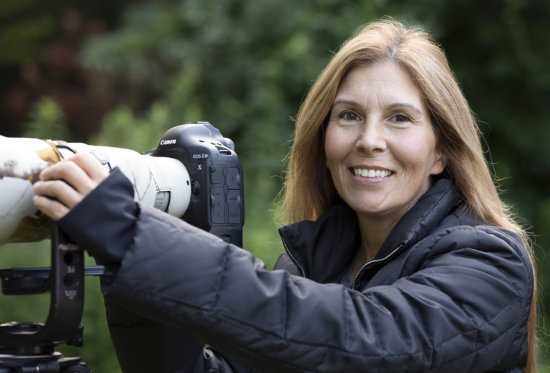 Denise Ippolito is a full time professional photographer, international workshop leader, and creative artist living in New Jersey. Most recently one of Denise’s images was selected as the “Birds” Category Winner in the prestigious Nature’s Best 2016 Windland Smith Rice International Awards Competition. In 2015 she also won the Category for “Art in Nature” in the Nature’s Best 2015 International Awards Competition.
In 2010 and again in 2014 Denise received a Highly Honored award in the same Nature’s Best competition. Also in 2014 one of her images was selected as part of the People’s Choice Awards Top 50 Images in the BBC Wildlife Photographer of the Year Competition. She has also won several PSA (Photographic Society of America) awards. Her images have been published in magazines and text books, sold as greeting cards, calendars and most recently featured in a Sierra Club Documentary. Six of her images hung in the distinguished Birds of the World Exhibit featured at the San Diego Natural History Museum. Denise travels extensively presenting slide shows, lectures and seminars and teaching photography and Photoshop. Her workshops feature a variety of subjects including: avian, flower, landscape and creative photography.