As I’ve mentioned in previous articles, freezing the action of birds in flight is often the first instinct of new photographers. While I always enjoy capturing still images, I believe it’s imperative to think outside of the box… to get creative. 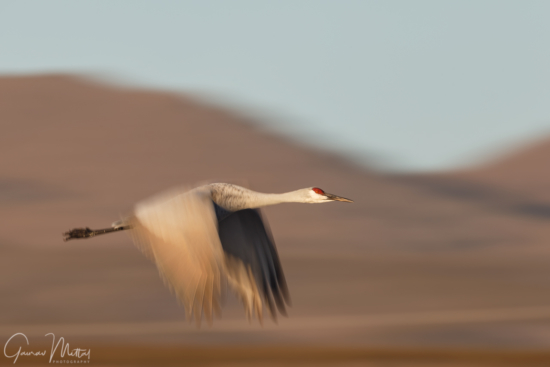 In this article, I discuss fast and creative… two types of shutter speeds that you can use to come up with some creative images.

In wildlife photography, we aim to capture our subjects sharp, still, and with lots of action and details. In order to achieve visually appealing images, locking focus and the correct shutter speed are critical. This can be frustrating for beginners who often end up with soft or blurry images. 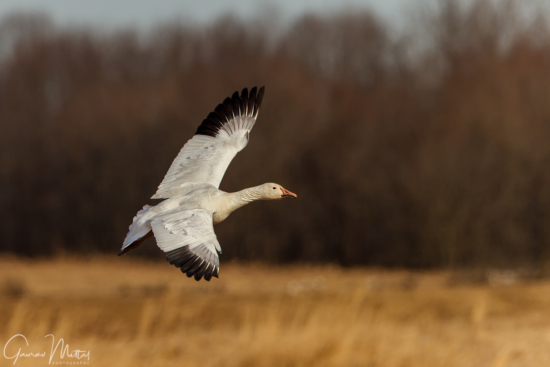 Take a look at the image above. I captured the snow goose in-flight with full wing display and sharp details. Remember, you need a fast shutter speed to freeze the action and it’s directly dependent on the time of day and the quality of light. Your aperture and ISO setting also affect the shutter speed.

For this image, I shot at a shutter speed of 1/1250sec with an aperture of f/8.0 and ISO of 400. With the sun high enough in the sky, my shutter speed was fast enough to freeze the action. For all of the above to come together, I had to position the bird in my field of view, lock the focus, and track it as it moved across the scene.

Here’s a quick tip: In general, your minimum shutter speed should be directly proportional to the focal length of your lens. Since I was shooting with a 500mm lens, my shutter speed had to be at least 500 seconds.

Finally, don’t be afraid to shoot at a higher ISO such as 400, 800, or even 1600. In poor light or as the sun continues to drop, so does your shutter speed. In these situations, you must boost the ISO to get the necessary shutter speed. Photographers often hesitate to shoot at a high ISO due to the grain that it introduces in the image. Personally, I prefer a sharp and a grainy image (which I can edit in post-processing) over a soft image, shot at a low ISO, which is rendered unusable.

With patience and practice, you’ll get the hang of freezing action and getting sharp and clean images. But why stop there? Our feathered friends are constantly on the move… why not introduce your audience to your visual experience and let them feels the bird’s movement as a blur in your image? This is the next step in your photography… experimenting with different shutter speeds and introducing creativity in your images.

Although most conditions are ideal for shooting blurs I enjoy shooting in overcast conditions where you can easily achieve low shutter speeds. Consequently, I can also lower the ISO or increase the aperture (or a combination of both) to achieve the target shutter speed. Keep in mind that the technique for capturing a good blur in your image is similar to shooting sharp images. You must position the bird in your field of view, lock the focus, and track as it moves across the scene. 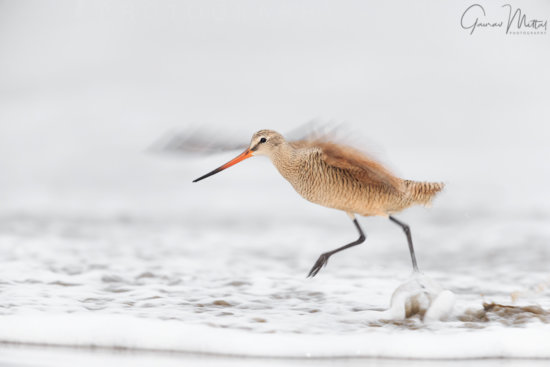 In the image above of the Marbled Godwit, I was shooting on a seashore in overcast conditions. These conditions were ideal due to the low light; the shutter had to remain open for a longer duration which resulted in a slow shutter speed of 1/200sec. With the focus locked on the bird and at the low shutter speed, I was able to capture a sharp image of the fast-moving bird, while blurring the flapping wings to indicate the motion.

A quick tip… in overcast conditions or low light, some fill flash helps lighten up the subject so always have a flash ready to go.

I leave you with one strong recommendation… once you’ve conquered the basics of photographing birds, start thinking outside the box. Your images don’t simply show your shooting skills; they’ll also show your level of creativity and the depth of your imagination. They indicate your ability to move forward and mature as a photographer. And remember… practice, practice, practice.

How to set white balance for wildlife photography

How to Include Wildlife in your Landscape Photography

Stepping Out of Your Comfort Zone – Part 1