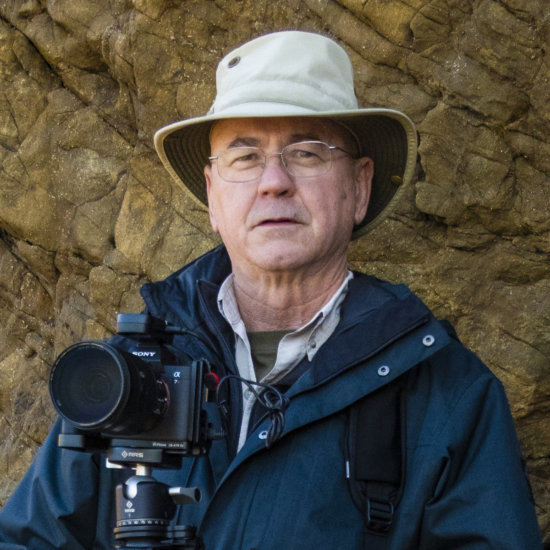 Craig McCord, originally from Jacksonville, Florida, concentrates on fine art landscape photography. His interest in photography started in the early 1970’s after acquiring a used Petri 35mm camera and gaining access to a dark room while serving in the Air Force. Craig quickly developed an ever-increasing passion for photography as a means of creative expression. Over the years he has developed his artistic skills using 35mm, 645 and 6×7 medium format, and 4×5 large format media, before making his transition to digital capture in 2006.

Largely self-taught, McCord was influenced by black and white photography icons Ansel Adams, and John Sexton, and the color greats Elliot Porter and David Muench. Their influence molded his artistic eye and approach to subject matter. McCord’s style evolved showing a fondness for wide angle perspectives. He often incorporates strong foreground elements to add a measure of depth, drawing the viewer into the image. While having a certain fondness for landscapes of the west and northwest, he believes the United States overall is blessed with some of the most diverse and beautiful landscape in the world.