Golden grass dancing in the windswept grasslands of Tal Chhapar call out to every nature lover to come and meet it. An ecosystem that most of us almost fail to acknowledge, let alone understand, its importance. The grass here is not scared of being run over by vehicles; nor is it scared of being overshadowed by exotic plantations that destroy grasslands in the name of afforestation. It is wild and free and it transfuses that sense to its inhabitants as well. 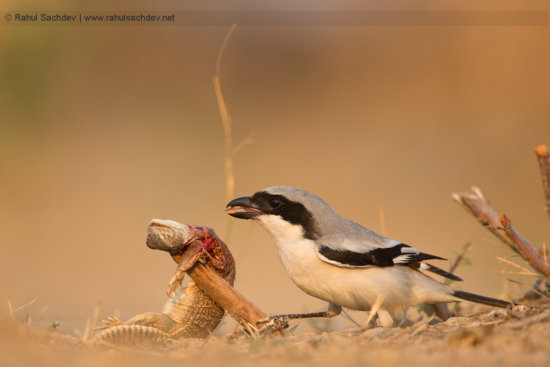 One of the last true grassland ecosystems in India, Tal Chhapar is a haven for blackbucks and a treasure-trove of birds. Blackbucks have been struggling to survive because of the destruction of their habitat. If there is one place that can remind us of the blackbuck’s past glory, it is Tal Chapar. Be it the blackbucks, chinkaras, the elusive foxes or jungle cats that go about their daily chores in the open plains, the mammals at Tal Chhapar never disappoint.

This bird paradise started its journey as a hunting ground for the Maharaja of Bikaner and was declared a sanctuary in the 1960s. It wasn’t always the perfect ecosystem it seems to be today. Much credit must be given to Mr. S.S.Poonia, the range forest officer at Tal Chhapar for his untiring efforts to bring it back from the brink.

Mr. Poonia’s invested much time and effort to get rid of the Prosopis juliflora, an invasive plant in the area. He also planted various grass species and created better irrigation channels which have reaped huge rewards for Tal Chhapar. Today it is a haven for the blackbucks and migratory birds as they fly into India on their winter migrations.

Although winters are when most migratory birds are present, Tal Chhapar is worth a visit almost any time of the year for those who are interested in birds. It holds a special place in the hearts of bird watchers across the country and beyond because of the massive number of raptors (birds of prey) found there. The grasslands hold two key species that form the lifeline of raptor activity… the desert jird and the spiny-tailed lizard. Raptors scan the plains for these guys and the plains do not disappoint.

It is also one of the best places to observe the Stolikcza’s bushchat, a bird the locals call the dancing bird. The Stolickza’s bushchat’s habit of puffing up its chest and prancing around is what gives it the local name. It’s a treat to see and even better if you can capture it on your camera. 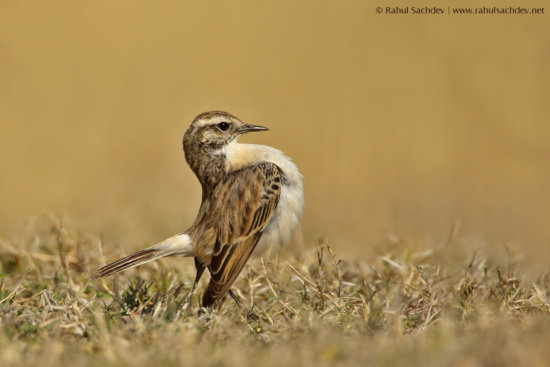 Winter months are the best time to visit the grasslands as the migratory birds and the blackbucks put on a spectacle unmatched in any other grassland ecosystem. The sanctuary is also home to one of the most regal raptors, the Laggar Falcon. This magnificent raptor is on a decline and currently classified as nearly threatened by the IUCN. Birdwatchers come from far and wide to see this beautiful raptor; it’s almost synonymous with the Tal Chapar.

The sanctuary also plays host to one of the most uncommon of Indian birds… the Indian Spotted Creeper. This bird, with its melodious whistle, has a special place in the hearts of bird watchers and photographers alike. Apart from the resident birds, Tal Chapar also welcomes a varied number of migrants every year. The winged visitors list changes with each passing month.

The monsoons render the vehicle tracks in the sanctuary non-motorable. Having said that, nothing prevents nature lovers from wandering around the edges of the sanctuary to search for the coveted Spotted Flycatcher or the highly-cherished Rufous Tailed Scrub Robin. The Black Francolins, in a good mood because of the monsoons, make for a pretty sight as well. Once the wet months are over, the sanctuary plays host to many harriers and lesser kestrels. They use the grasslands of Tal Chhapar as a refueling spot for their onward journey. 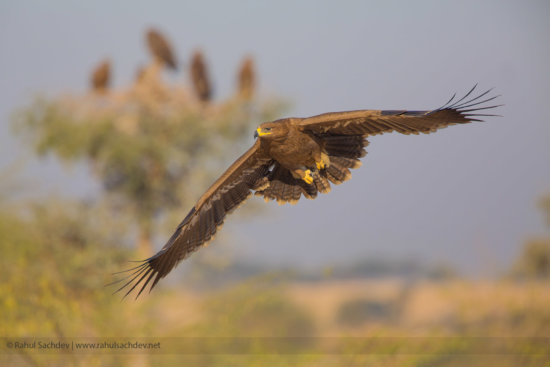 A Must for Photographers

With the winter truly set in by late November, the sanctuary is as good a spot as any in the world to come and see the mighty raptors. Commonly found are the Steppe Eagle, Tawny Eagle, Cinereous Vulture, Eurasian Griffon, Himalayan Griffon, and the Egyptian Vulture. Some of the other uncommon and high-on-the-wish-list bird species, include the Buff-bellied pipit, the Bi-maculated Lark, the Punjab Raven, the Sociable Lapwing, the Short-eared Owl, the endangered Yellow-eyed Pigeon, the Red-tailed Wheatear and, not to be forgotten, the Stolickza’s Bushchat.

It’s a place that renders itself very well for a photographer. Eye-pleasing backgrounds and confiding birds make this place a must for photographers.

Clothing for Photographing in Frigid Temperatures
Scroll to top