The moon often acts as your primary source of light for your night photos, just like the sun does during the day. You should always know what the moon phase will be before you got out to shoot. Photographing under a full moon can produce drastically different results than shooting under no moon. While there is no right moon phase to shoot under, there are distinct advantages and disadvantages to shooting under different phases.

You can check the moon phases and the times and locations it will set and rise with The Photographer’s Ephemeris (TPE). TPE is also available as an iTunes and Android app, and you can also use the app PhotoPills.

SHOOTING UNDER NO MOON

The biggest advantage of shooting under no moon is that your camera can capture more stars, since moonlight obscures fainter stars. This is particularly important if you want to capture dramatic shots of the Milky Way.

The biggest disadvantage of shooting under no moon is that less light enters your camera and there will be more noise visible in the photographs.

Photographs taken under no moon and with no light painting will usually render foreground objects as dark silhouettes. This can be good for objects with interesting shapes, like a saguaro cactus, a gnarled tree, or some of the bizarre rock formations in America’s Desert Southwest. It probably won’t work as well for things with less distinct shapes, like mountains or canyons.

If you want to do light painting with a flashlight, you’ll generally want to do this under no moon. However, I personally don’t do light painting much anymore, as I believe it can produce unnatural looking results. I prefer blending multiple exposures if I want to render detail in the foreground under no moon. This is beyond the scope of this article, but I provide detailed explanations on how to do this in my night photography book and videos on my website.

SHOOTING UNDER A FULL MOON

The advantages and disadvantages of shooting under a full or gibbous moon are the reverse of shooting under no moon. With the bright light of a full moon, you will get less noise in your images. This can be advantageous if you are using an older digital camera or if you don’t have a lens with a wide aperture that can let in more light.

Another potential advantage of shooting under a full moon is that it will illuminate the foreground and bring out the color and detail in the scene, in much the same way as the sun would. If the foreground is the most important part of your image and you’re not as concerned with capturing a dramatic starscape, you may want to shoot under a full moon.

The biggest disadvantage of shooting under a full moon is that it obscures the light from the stars, and the skies will not look as impressive. 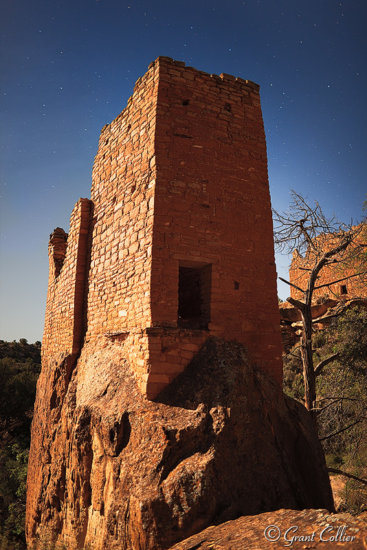 NIGHT PHOTOS UNDER A CRESCENT MOON

While there can be some advantages to shooting under a full moon, I find that the bright light usually obscures the stars too much. Also, with newer cameras and fast lenses, noise is not as big of an issue as it used to be. I therefore find shooting under a crescent moon preferable if I want to render detail in the foreground and capture more stars in the sky.

I generally like shooting under a crescent moon that is 15%-35% illuminated. This provides just enough light to illuminate the foreground, while only somewhat obscuring the stars. Also, a crescent moon sets fairly early in the night, so if you also want to take shots under moon, you can do so after it sets.

If the moon is more than 50% illuminated, I find that it starts to drown out the light from the stars too much. I therefore usually plan my photography trips so that they end after the first quarter moon.

Feel free to share you own idea in the comments below.

Should Photographers use Social Media to Grow a Business?