Shooting photos of the Milky Way after dark can be one of the most rewarding experiences for landscape photographers. However, shooting and editing Milky Way night photography is not quite as easy as shooting photos during the daytime. Darkness, camera technology, and your ability to think outside the box are all obstacles you’ll need to overcome in order to successfully capture the Milky Way. Whether you’re an avid night sky shooter, or a beginner looking to get into Milky Way night photography, you’ll want to take note of the following tips to use during your next Milky Way session in the field and on the computer. 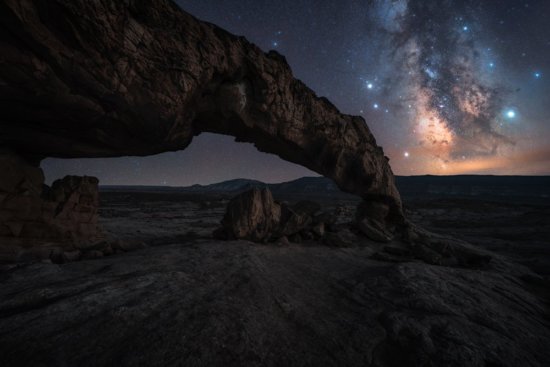 The Milky Way Night Photography over an arch outside of Escalante, Utah.

The Rule of 500 basically states that you should divide 500 by your focal length to determine your maximum shutter speed. Since the earth is turning, you’ll need to adjust your shutter speed in order to make sure your stars are not trailing. For example, if you use a 16mm lens, you’d take 500 divided by 16, which equals roughly 31. You wouldn’t want your shutter speed to be longer than 31 seconds, or else you run the risk of having small star trails in your Milky Way photograph.

Use a Sturdy Tripod

Since you’ll be taking exposures between 10-30 seconds, a sturdy tripod is crucial. As landscape photographers, we can’t control the conditions and often experience wind when taking photos. Wind will ruin all of your Milky Way photographs if you don’t have a sturdy tripod. 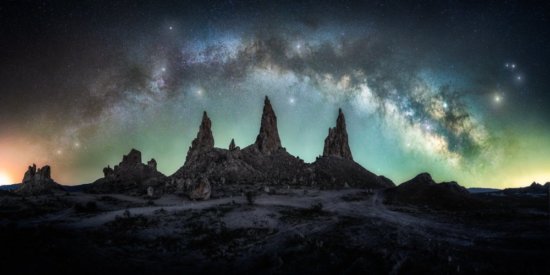 A sturdy tripod was used to take this Milky Way Panorama in California.

You won’t get very good results if you go out to shoot the Milky Way on a full moon. I find that anything more than a quarter moon is too much in order to get great Milky Way shots. The light of the moon drowns out the stars and clarity of the Milky Way. Many night shooters use an app called PhotoPills to see the moonrise and moonset time. The app can also tell you full the moon is and where the Milky Way will be at night time.

Don’t think that the flashlight on your phone is going to be sufficient when you’re out shooting at night. After dark, you’ll have both hands full dealing with your camera. You’re going to need a headlamp in order to see what you’re doing. Also, it’s better to get a headlamp with a red light setting because red light is much easier on the eyes after dark. 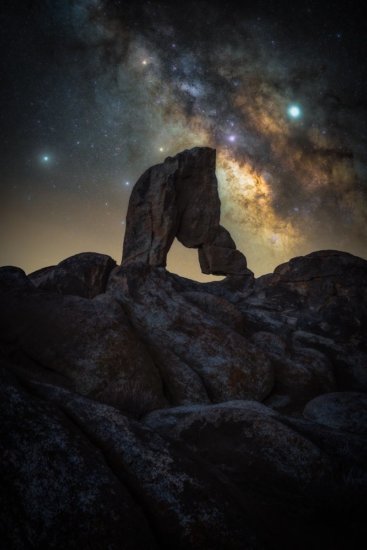 The Milky Way as seen at 35mm in California.

Milky Way photos generally require more post processing than a daytime photo. Because of this, it’s critical that you shoot in RAW, which allows you to preserve more details and apply more edits than you could on a non-RAW photo.

You never want to over or underexpose an image, but it’s even more important at night. Underexposed images won’t be able to be brightened without bringing out an extreme amount of noise. Overexposed images can blow out the core of the Milky Way, which may be brighter than it seems. In order to properly exposure, watch the histogram as you’re shooting. You want to keep the histogram off of the edges for the best exposure. 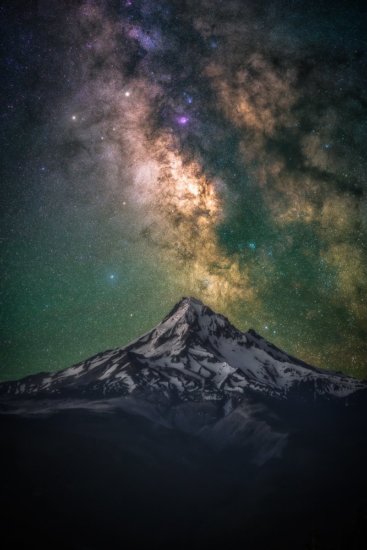 Apply Too Much Noise Reduction

Powerful software is a bit of a double edged sword. We are able to reduce the noise greatly in our Milky Way photos, but that comes at a cost. The more noise reduction you apply, the softer and less detailed your photo gets. If you do want to apply a lot of noise reduction, I recommend using a mask so that it only effects the sky, and not the foreground.

Use Autofocus in correctly

Autofocus requires contrast in order to find focus, but your camera sensor won’t be able to pick up any contrast at night. Due to this, you’ll need to switch over to manual focus and find a bright star to focus in on. Don’t think that infinity focus is truly infinity, because for most lenses, it isn’t. Nothing is worse than coming home with blurry photos! 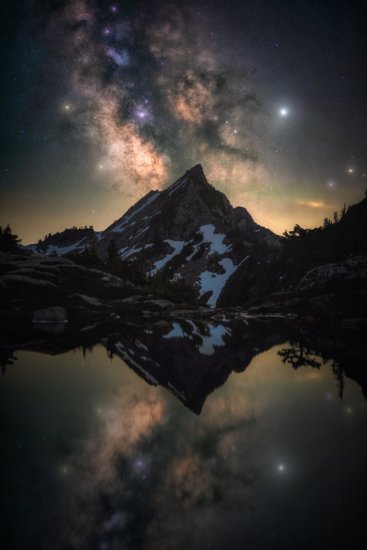 Milky Way glides past a mountain in central Washington.

Shooting Milky Way requires you to use skills that you may not use in regular everyday photography. Make sure you have a solid plan before you go out to shoot, and do your research online before you go out for the first time. As with anything else in life, remember that it takes practice to become great, and Milky Way photography is no exception to that!

Photography Composition Rules and When to Break Them
Scroll to top