Most modern cameras allow you to create multiple in camera  exposures, combining as many as ten different shots into a single raw file. This ability opens up a world of creative possibilities and I’ll show you just a few fun techniques in this article. But first let’s take a look at what happens in multiple camera exposure (MCE) mode on your camera.

Each brand and model deals with MCE a little differently so check your use manual about how to engage it. In general, when shooting MCEs you have four options:

Ok, so that’s a lot of jargon that’s a little hard to understand. Each mode has its own creative applications and technical challenges. For simplicity in this article I want to take a look at only the Average mode and a few of the fun things we can do with it.

This is probably my favorite overall technique using multiple camera exposure mode. When you combine and average many individual photos, it produces almost the exact same effect as a single long exposure equal to the duration of all the individual photos put together. In other words, when you average six 1-second photos the result is virtually identical to taking a single 6-second photo. This is useful for a couple of reasons:

MCE Average mode can also be used to create a fun effect by combining a static shot with a photo full of motion. For example, this image is the result of combining two photos in camera, a static shot of the leaves and another shot where I zoomed the lens during a 1/4″ exposure. 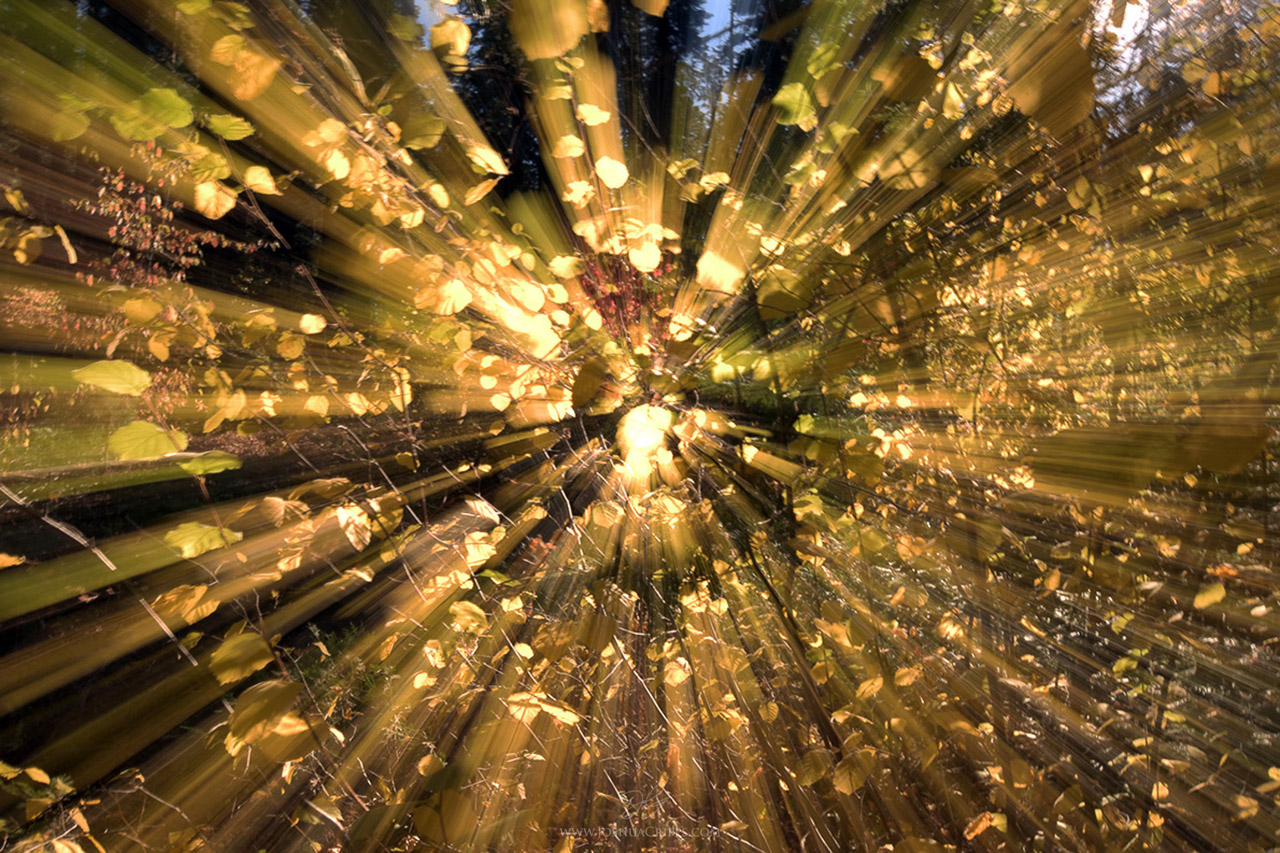 We’ve all seen those photos of deliberately-blurred tree trunks. With MCE mode, you can play with a similar idea but with a completely different spin. In this case, by moving the camera slightly up or down in between exposures you create a very cool patchwork effect. 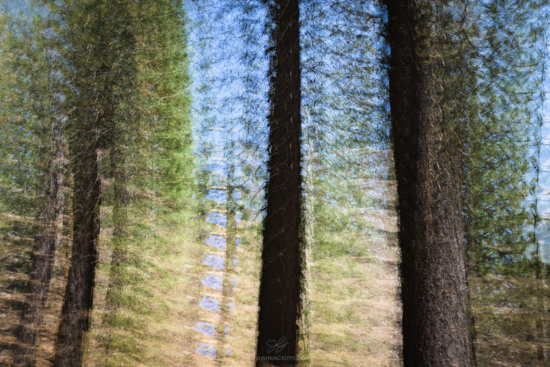 In Camera Movement (ICM): Combining 10 photos of the forest while panning down slightly in between each shot yields this look.

These are just three ideas using a single blend mode in MCE mode. There are tons of other amazing possibilities out there, especially when you start playing with the other MCE modes. Got any favorite techniques for enjoying multiple in-camera exposures? Let me know in the comments.

Thanks for reading my article.

Do I have to shoot silhouettes at sunset?

A Beginner’s Guide to Camera Histograms in Photography

Tips for Creating the Perfect Sunstar for Landscape Photography

4 Challenges to overcome for Shooting the Northern Lights

What New Camera Should I Purchase for Landscape Photography?
Scroll to top