Every so often, earnest letters from aspiring landscape photographers land in my inbox inquiring about the reasoning behind “expose to the right,” also referred to as ETTR. Do I practice it, and does it make any difference in the quality of my photographs?

First, the following article is likely to be the most technical one you will ever see from me. I frequently write about the creative aspects of landscape photography.  However, it is important for landscape photographers to understand technical fundamentals as well. This is so you can get on with creating better and more artistically compelling images.

Now, what is ETTR, you may ask?

The term refers to the diagram of the histogram you can view on your camera’s LCD screen and in digital photo raw processing software. The histogram is an approximate visual representation of the exposure of an image. It looks like this. 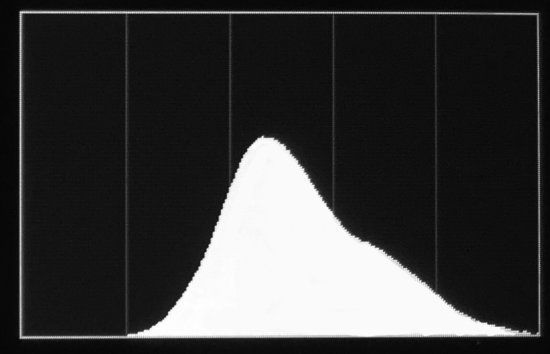 Histograms in photography – An Illustration

Clipping refers to loss of either highlights or shadows by either over- or under-exposing the image. A photo that is “clipped” will have data points touching the far left or far right of the histogram’s edge. That’s not what you want. The goal of ETTR is to expose the image so that the data points are pushed as far to the right as possible without actually touching the side of the binding box, and — for most images — away from the left edge. You can do this either by using the manual mode for exposing, or using exposure compensation.

So, why should you consider using expose the right technique? 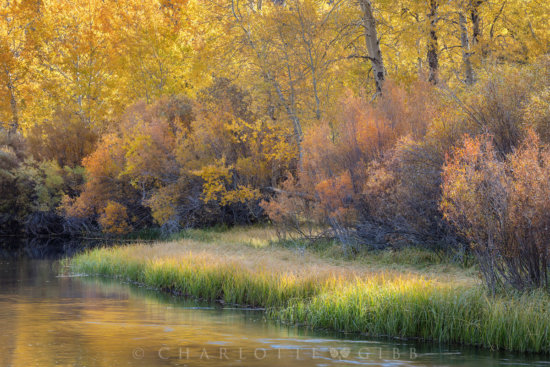 An landscape photo like this one is all about texture and detail. Expose to the right technique ensures detail in the shadow area, and if controlled properly, the retains the detail in the hot, yellow areas.

Tones are not recorded equally across the entire range of dark to light on digital sensors. When your digital camera records image data, the brightest part of the photograph (or highest stop) uses half of all the tonal values in the entire image. That is because a one-stop difference represents a doubling or halving of the camera exposure. Therefore, a doubling or halving the tonal values recorded. The next highest stop uses half again of the remaining values, the next uses half of what is left and so on, such that the lowest (or darkest) stop uses only a small fraction of the tonal values available, as shown in the diagram below. 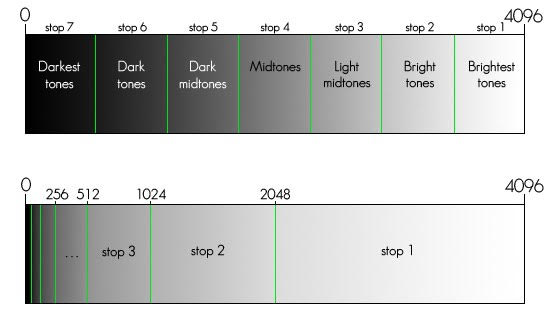 It’s all about the details.

Cameras still cannot record as much dynamic range in a scene as the human eye can detect. And, furthermore, there are situations where the scene’s contrast range is lower than your camera’s sensor dynamic range. So, in order to maximize detail from your images, you need to ensure that your camera’s sensor is collecting as much information as possible. That is the driving force behind ETTR.  ETTR is exposing the image as light as possible without clipping the highlight. The maximum amount of information and detail is retained by deliberately using ETTR as well as normalizing the camera exposure in post-processing. 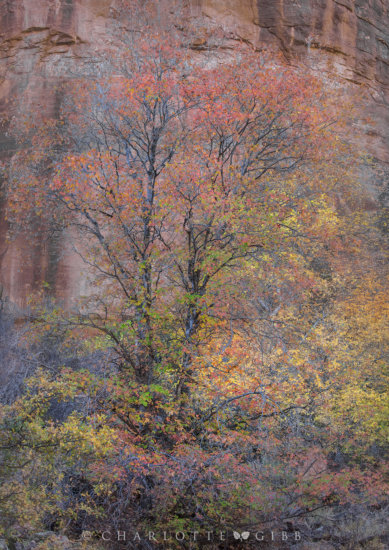 For the type of work that I do, I want to ensure that all the fine detail of my photograph draws the viewer deeper into the image. That means I need to make sure I have properly exposed in the field using ETTR principles.

Is ETTR still relevant with the latest improvements in sensor technology?

Yes, because not everyone has the newest fancy camera. And, even if you do own the latest technology, it still may be a good idea to employ the principles of ETTR. Even today’s best sensors will only tolerate so much lifting of the shadows before noise becomes a problem. The caveat is that you must have enough knowledge of your specific camera, and the experience to control your exposure without blowing out the highlights. 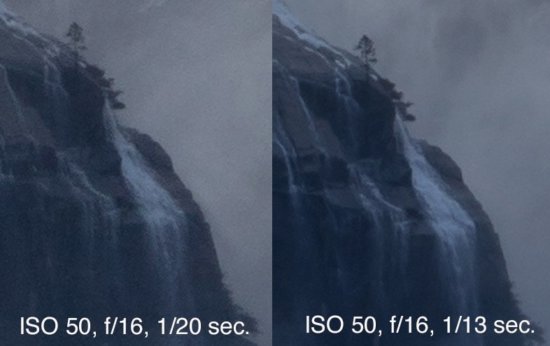 The two images above are enlargements showing the shadow details of two different exposures, and then normalized in post-processing. The camera’s meter exposed the left image and was darker. The right image was ETTR. There is noticeably more noise and loss of tonal detail in the image on the left, which used the meter reading to expose.

When not to expose to the right. 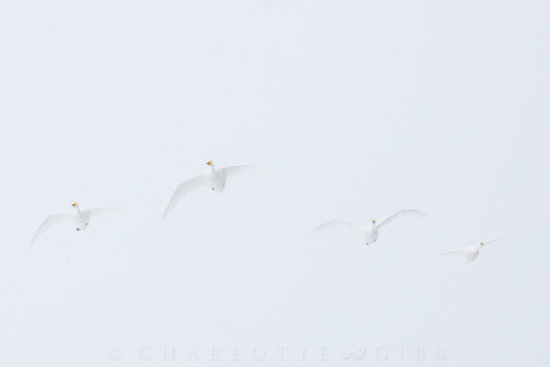 High key image of Whooper Swans flying in a snow storm created a challenge to get the exposure right.

Watch for clipping in RGB channels.

Don’t forget to monitor the RGB channels for clipping as you adjust your exposure. Some cameras allow you to see all three channels — red, green, and blue — in a histogram. As a landscape photographer it is important to also look for clipping in these channels, which might not show up in the monochrome version of the histogram. The red channel is the most common color to clip in landscape photography. Blue is the next most common, but clipping can occur in any channel depending on your subject. When you see clipping in any one of the individual channels, then reduce the exposure until the clipping is eliminated. 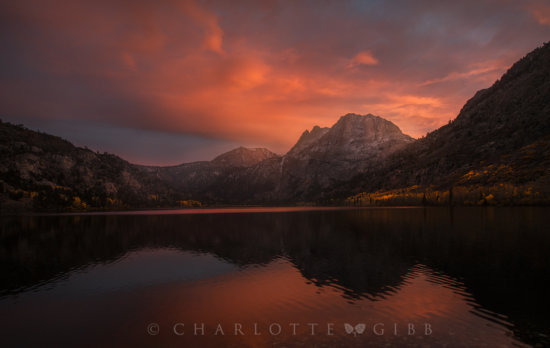 When I made this above image, I carefully monitored the red channel to ensure I preserved the detail in the clouds. Fortunately, I had envisioned a dark, moody feel to this piece. So, I wasn’t particularly concerned about lifting detail in the shadows.

Each camera sensor will handle noise in the shadows differently. If you want to understand how your specific camera handles dynamic range, conduct your own tests. Using your camera’s native ISO, bracket several exposures, then normalize the exposure of the bracketed images in a post-processing. Compare the details in the shadow areas, and look carefully at the tonal range across the entire image. How does the noise compare in the different exposures? What do you consider an acceptable amount of noise?

As you experiment, keep in mind that most cameras only offer an approximation of the actual histogram. Small highlights may fail to display properly on the camera’s LCD screen. In this case, monitoring the “blinkies” — over-exposure alert — is a good idea. Post-processing can recover some blown-out highlights after the fact, but not all.  Much depends on the image and the camera. In post-processing, you will be able to examine the full dynamic range of the histogram using raw processing software such as Adobe Camera Raw, Adobe Lightroom, CaptureOne, or Adobe Photoshop. 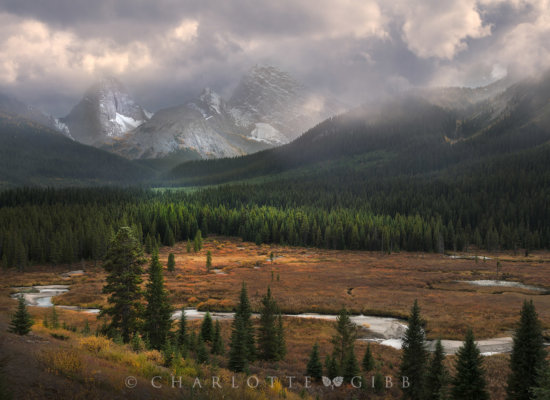 Exposure to the right using highlights

This high-contrast image was difficult to make with just a single exposure, but since I didn’t care so much about detail in the forest areas, I prioritized the exposure for the clouds. The RAW photo was quite dark, but I was able to preserve all the beautiful detail in the sky and mountains.

Is ETTR the right approach for you?

As for your own practice, you will need to decide if it is worth it to go through the trouble to capture every bit of detail possible from your exposures. For example, if you typically post your images to Instagram, then the benefit of ETTR is likely to go unnoticed and unappreciated. But if you are like me and print your work, then you’ll be glad that you took the extra care to get the camera exposure right in the field so that all that rich detail is there in your print.

Charlotte Gibb is a contemporary fine art photographer based in the San Francisco Bay Area specializing in landscapes of the Western United States. Her images are often taken in familiar places for the well-versed landscape photographer, but she prides herself on her keen an eye toward the subtle and sometimes overlooked beauty of the natural world. Charlotte earned her Bachelor of Arts Degree from the Academy of Art University in San Francisco and has exhibited her work in several solo shows throughout California. Her darkroom, long gone now, has been replaced with digital darkroom tools, and her style has evolved from a somewhat journalistic approach, to one that pays tribute to the natural world.

The ONLY reason to change your ISO in Photography

How to use Histograms in Photography

Do I have to shoot silhouettes at sunset?
11 replies