It is a well-known fact that camera lens aperture is one of the three variables (shutter speed and ISO are other variables) used to control the camera’s exposure. But, it is also one of the most useful variables for creative nature photography. Beginner nature photographers are so focused on using aperture settings for controlling depth of field and exposure that they often ignore the creative aspect of the using aperture.

Here are some tips for using aperture to capture creative nature photos.

#1: Play with Depth of Field

One of the first things you learn is that camera aperture aperture can be used to play with depth of field. And this property of aperture is very useful to simplify your photos. To use this effect for nature photographs, you must select your focus carefully.

In the first image above, I used an aperture setting of f/13 to get the trillium flower sharply in focus. However, by using this aperture, I could also include the cluttered background in the image even though the focus was carefully set on the trillium flower. Now compare this with the second image above where I used an aperture setting of f/4 to capture the same flower. Here the background clutter is greatly reduce, but so is the depth of field. For this image I carefully selected my focus to be on the stamen of the flower even it this meant that only part of the flower is in focus.

You can also combine selective focus with narrow DOF field at wide apertures to isolate a single element from its environment. 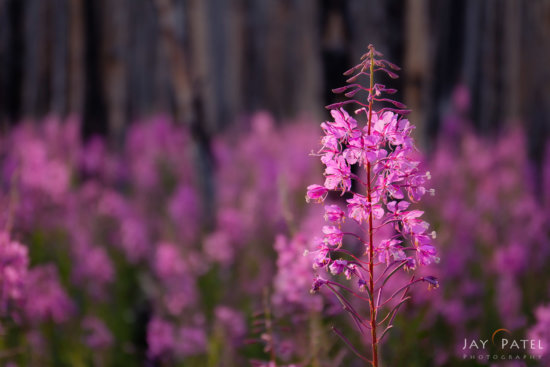 Shallow depth of field and selective focus was used to isolate this flower from the background, Kootenay National Park, British Columbia

In the previous example, my intent was clearly to simplify the image by using shallow DOF created by a wide camera lens aperture (small f-number). However, you can use a shallow depth of field to create a sense of place or a dreamy effect in nature photography. 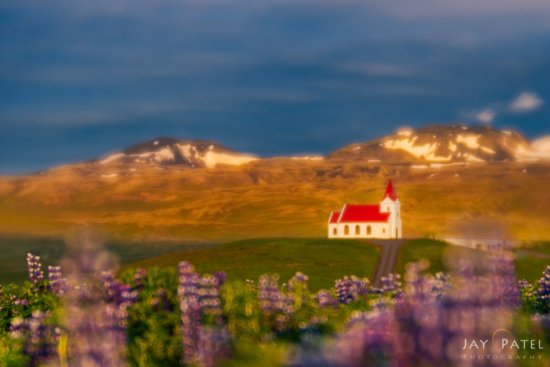 In the above image from Hellissandur, Iceland, I used a shallow camera lens aperture of f/2.8 to soften both the background and the foreground. I set my focus on the church at the top of the hill, while I let both the foreground and background blur by using an aperture setting of f/2.8. The final result was an artistic and moody nature photo of a spectacular location.

#3: Creative use of Bokeh at Wide Aperture

Bokeh is the visual quality of the out-of-focus areas in your nature photos. Different camera lenses create different types of bokeh. By choosing the right camera lens and aperture setting you can create some artistic nature photos. Take a look at the first image below of the flower captured in the botanical gardens in Costa Rica. The over-exposed highlight in background in this photo were created by flowing water captured at f/8. This image looks like a snapshot of the flower.

Now compare this with the second image of the same flower captured using aperture of f/2.8. This aperture completely changed the look and feel of the background. Using this aperture, Varina was able to change the over-exposed streaks of highlights to soft round Bokeh. Additionally, she was using a Lensbaby’s Velvet lenses that produced a soft glow around her subject giving it an artistic look.

#4: Creating a Sunstar with a Narrow Aperture 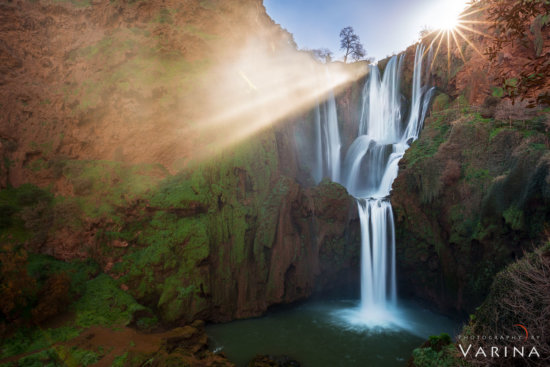 In this example from Fiji, I used an aperture setting of f/7.1 and a close focusing distance to create a soft out of focus background using narrow depth of field. My subject was the white shell in the foreground. I got down low to the ground and close to the shell. Using an aperture of f/7.1 allowed me to keep the shells sharply in focus and the background blurred. By controlling the distance between my camera and the shell, I created just the right amount of blur to give this photo a sense of place.

Using aperture setting as a creative variable does not mean that you don’t have to think about how camera lens aperture interacts with focus and exposure. It means that you must develop a workflow that allows you to harness the power of aperture settings for creative nature photography and control the exposure and focus at the same time. Our Creative Photography with Aperture tutorial focuses on using your aperture settings to create a portfolio of imaginative and expressive nature photography. You’ll have access to step-by-step case studies that allow you to watch as we use our aperture to create real world nature photos in field. We teach the concepts in straight-forward, non-technical terms.

Do you use aperture as a creative variable for nature photography? If not what are you waiting for?

How to use Telephoto Lenses for Nature Photography