When you think about landscape photography, what’s a common trend that comes to mind? The images that immediately come to me, at least, all have one thing in common; they are in sharp focus, from edge to edge, front to back, however you like to put it. Every single one of them.

But what about ditching that whole concept entirely? Why not try, for a little while, something entirely new for landscape photography? Forget about finding the most alluring foreground element, forget about focus stacking, crank open your aperture, and swim against the current for a spell!

In this article, we’ll explore 5 different reasons as to why you might want to give shallow DOF a try for landscape photography. 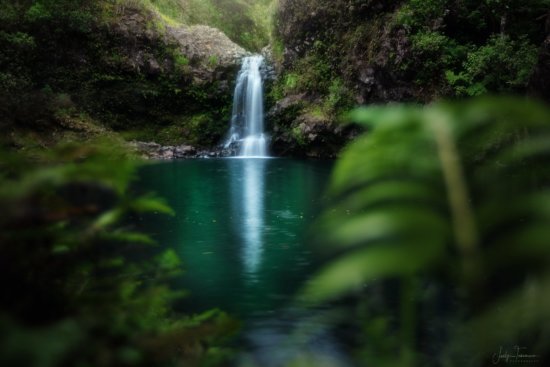 This technique can come in handy when you’d like to include some colour from the scene, but don’t want to include distracting details in the foreground. In the photo above, I wanted to include the shape of the fern on the right, but chose a large aperture to create a shallow depth of field so that the fern would frame the scene – but not distract from it. Don’t be afraid to get really low (for the photo above, my camera was only three inches off the ground), because you might find something really small that actually turns out to be a really great frame for your subject. Reason # 3 was applied to this photo as well: 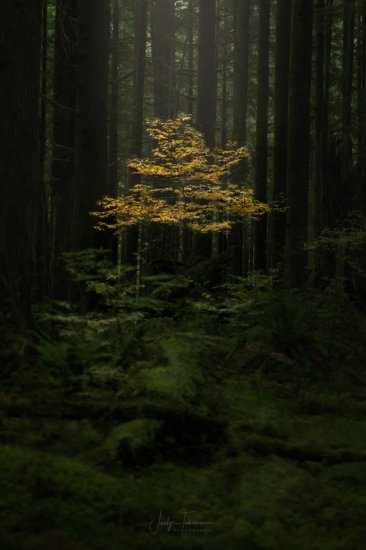 Another time the technique becomes really useful is in low-light situations. In the photo above, I wanted to somewhat freeze the motion of the leaves as they blew gently in the wind. It was very dark in the forest, and I didn’t  want to raise my ISO any further (it was already at 1250). Opening up my aperture allowed me to use the fastest shutter speed I could in such dark conditions. This would have been impossible with a smaller aperture.

Sometimes, you’re faced with a messy foreground. And sometimes, you cannot go off trail due to the delicate nature of the flora to find a cleaner composition. That was the case above; the forest floor wasn’t overly ‘clean’ looking. So, blurring it helped keep the eye from being drawn to it, and aided in simplifying the scene. 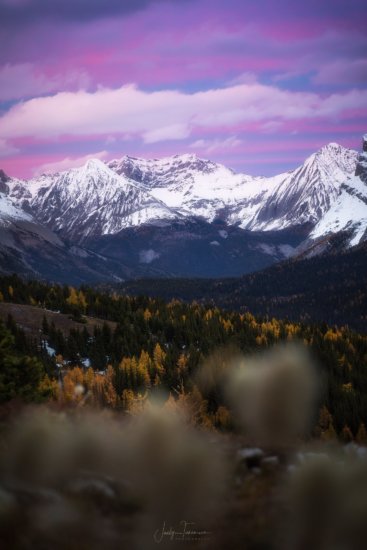 This reason is pretty self-explanatory. I have found that by using a shallow depth of field, it is immediately obvious that there is space between you and what’s in the distance. Though there are other ways to add depth in a photo, (especially with dodging and burning) using a wide aperture gives a more immediate sense of depth, regardless of how you post process it. 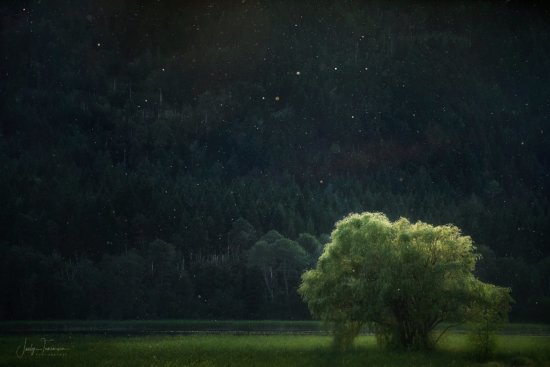 Now here’s a fun reason to shoot at a wider aperture. There’s a lot of different things you can do creatively with bokeh; for example: in the photo above, there were thousands of bugs flying over the marshes, being backlit by the sun. By opening up my aperture to 2.8, the bugs became sparkle-like bokeh. If I’d shot that scene with a much smaller aperture, the tiny little bugs would have been lost — or at least not as prominent. By turning them into bokeh, they seemed a little larger, not to mention more attractive as golden orbs vs. leggy-looking mosquitoes. Click on the photo to enlarge it; the bokeh is tiny, but plentiful!

How to use Shallow DOF:

For wide angle lenses, get as close as you can to what it is you’d like to blur out. The closer you are, the blurrier it’ll be. So, if you take a test shot, and find it’s too blurry, either stop down a smidge, or bring your camera a little further away from it.

*For those of you with super-fast prime lenses, you may want to stop down a little if you want to retain some of the shape of what you’re trying to soften, otherwise you’ll risk it becoming an indiscernible blur (but if that’s what you’re going for, that’s cool too!).

Note: If you are far away from, well, everything, a shallow DOF won’t have a really noticeable blurring effect.

Just remember: the closer you are to the object you wish the soften, the blurrier it will become.

For zoom lenses, make sure that what you’d like to blur out (or turn into bokeh) is sufficiently close enough to you, and a good distance away from your subject. Basically, you don’t want it near the plane of focus. The further it is from your subject, the blurrier (or more bokehlicious) it’ll be.

Tip: If you have a lens where the largest aperture is 4.5, the above advice is especially important. The smaller your aperture, the more detail you will retain. However, if you get nice and close to what you have chosen to blur, it will aid in your quest for fantastic frontal bokeh (is that a thing?). 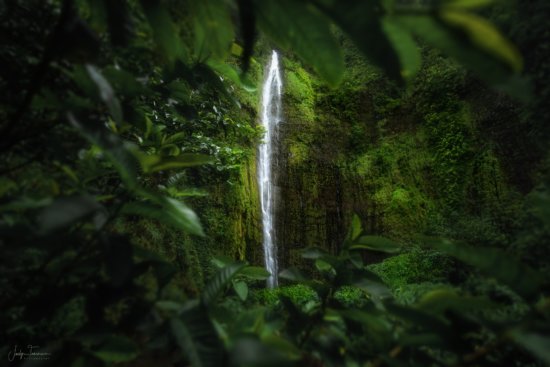 Artistically speaking, sometimes leaving something to the imagination is a good thing. This type of shooting takes practise to get used to; at first, it won’t be as easy to recognize potential opportunities for bokeh, or blurry framing, but the more you practise, the easier it’ll be to see. It really does open up a new way of thinking — before I was a photographer, I never thought that a few thousand mosquitoes could be something pretty!

Have you tried to use shallow DOF in landscape photography? If not, I hope you feel inspired it give it a shot (haha). Thanks for reading!

I'm a Canadian-based photographer, hailing from the province of British Columbia. From a young age, I've found a deep respect and awe for nature, as well as a strong interest in cameras.
With some family history in the Rockies and Columbia mountains, I developed a natural curiosity about the area. It wasn't until my mid-twenties, however, that I began to properly explore the Canadian backcountry. It was there that I discovered the raw energy and power that resides in the mountains. Something clicked. It felt as though I was simply where I was meant to be.